Ah, San Francisco. You’re a city of such contrasts.

Riding BART to work last week, I noticed a woman buttoning up her jeans as she stood next to me. As you do. She had make-shift grillz and asked me for money. I gave her my usual response. She pushed on to the next carriage and left a parting gift of urine that snaked its way down the carriage floor to pool at my feet.

On Sunday, the Canadian and I were afforded one of the most ‘San Francisco’ days either of us have ever experienced.

Dottie’s True Blue Cafe is renown as the best brekkie in town and lines are usually over an hour long. They recently moved from the Tenderloin, to SoMa. And SoMa is obviously short for ‘So Much Worse than the Tenderloin’.

So there we were outside Dottie’s new location on Sixth, minding our business camouflaged in a line of about thirty hipsters. Residents in the SRO opposite kept chucking trash out the windows at us. Local types camped out on the fire hydrants, watching us watching them. Then out of nowhere, a homeless bloke (obviously off his meds) bounded up to us. He started SCREAMING at us that we were judging him, and making assumptions about him. He reeked of alcohol and he was just not making any sense. But he didn’t let that didn’t stop him. From one tirade, he launched straight into another. My focus was on his hands – what weapon did he have? – and I was playing out scenarios in my head of how I could disarm him. And then, my wise friend from the prairies said to him, “You know what? You’re right. I apologise.”

Just like that, he stopped. Muttered something, and then walked away. I was in shock. The Canadian saved us! And all it took was an apology. He later returned to accost the group behind us and was none to happy when the hipsters said they planned to pay for their meal by card.

Ambiance inside  – 7/10. Larger than their tenderloin location and faster service. 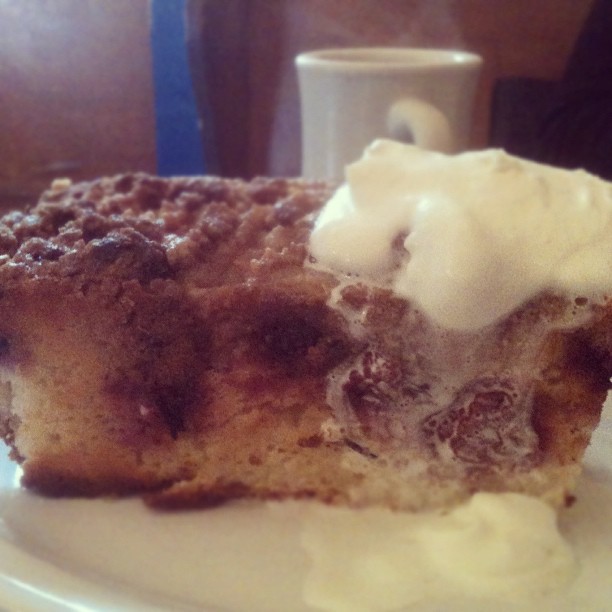 After brunch, we found ourselves in Union Square, watching the effects of a drum circle on the consciousness of the masses. The event was put on by the Planetary Dancers, a group dedicated to healing the world through the conscious group spirit. Or something. It was SO Granola California and I loved it!

I had my camera with me, so I focused on trying to capture some of the energy, love and goodwill that was floating around the square. Particularly after the earlier incident.

The dancers running in circles around the white cheesecloth-wearing drummers. 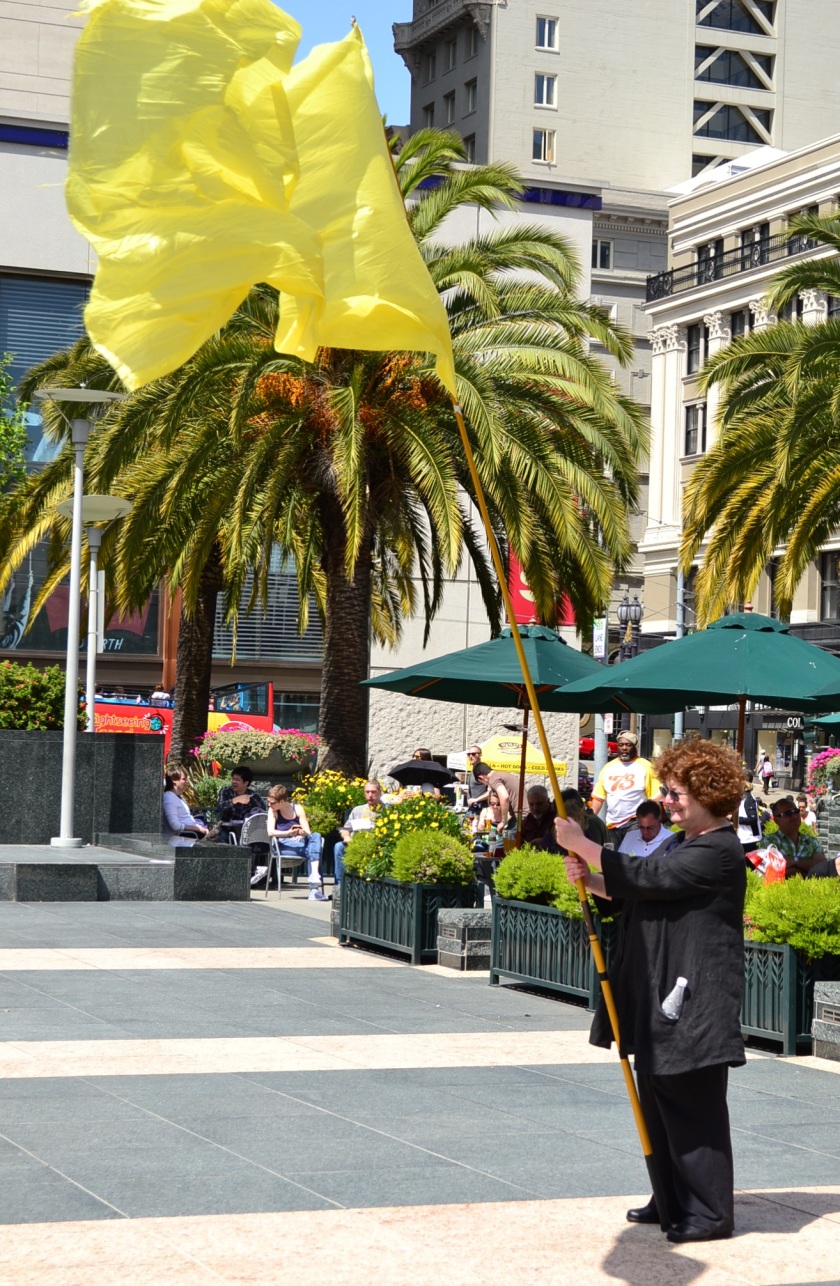 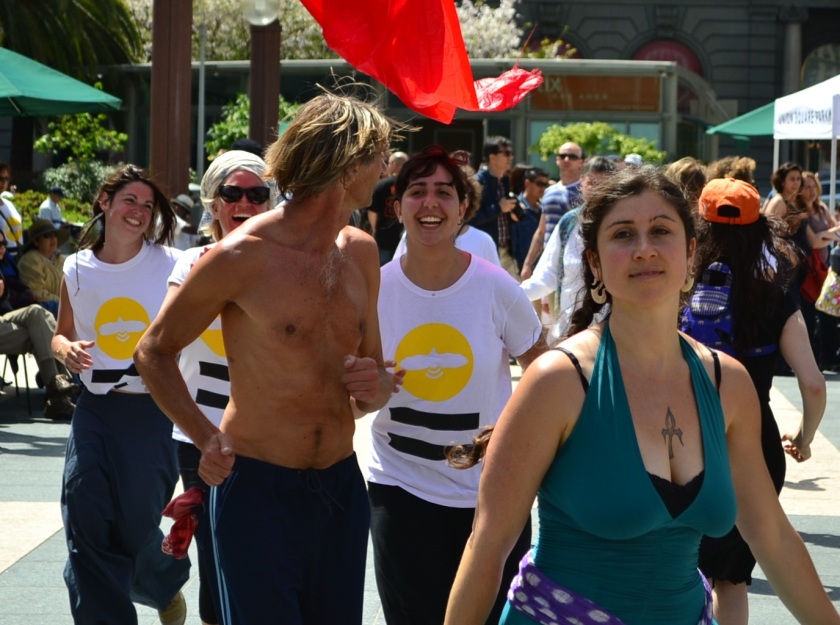 After getting our hippie fill, we wandered down to the Ferry Building, and passed blokes dressed as moss. As you do. Nothing is out-of-place in San Francisco!

Welcome to the forty-ninth post of the Great Writing Challenge of 2012.
Five days a week for six months, I will be given a topic to write about. The stipulation: it must be 250 words (or more), and positive in tone. If you would like to suggest topics for me to write about, please email me at TheRebeccaProject [at] gmail [dot] com.