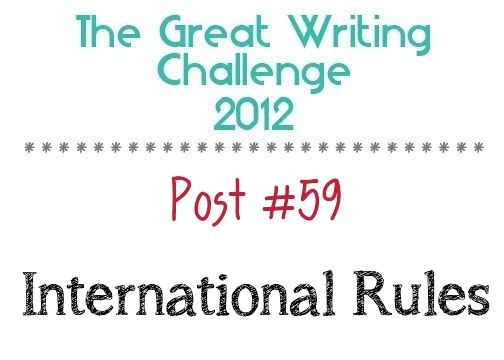 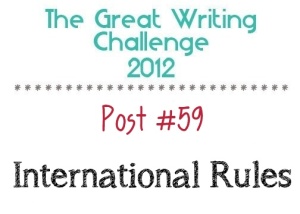 I was following along with travel writer Spencer Spellman’s live conversation on Twitter about Sport and Travel the other day, and he started by asking:

Now to Q1: What lengths would you go to in order to see a sporting event? #expchat

I didn’t get an opportunity to participate in the conversation itself because I was at work, but the farthest I have ever travelled for a sporting match was more than halfway across the world. In 2006 I flew from Sydney to Galway, Ireland, to watch the Australians take on the Irish in one of the most interesting, skilful and captivating sports ever created: International Rules.

The game of International Rules is a hybrid game, combining aspects of Australian Rules Football with Gaelic Football. And neither of them are anything like soccer. Each team fields 15 players on the pitch at one time like Gaelic footy, but they’re allowed to tackle between the shoulders and knees as in Aussie Rules. A ‘goal’ is scored when the ball is kicked past the keeper into the net for 6 points, an ‘over’ is when the ball is kicked over the crossbar and between the two big sticks for 3 points. And as in Aussie Rules, a ‘behind’ is scored when a player kicks the ball between the large post and the small post for 1 point. It all culminates in odd-looking scores like 1.12.6 (48) to 1.9.7 (40). My favourite of all the signals by the umpires is for the over: they raise their arm overhead, in a manner that is more reminiscent of ballet than of football. 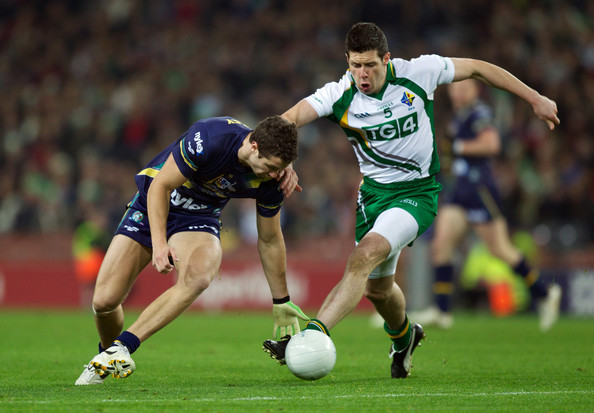 In Aussie Rules there’s plenty of physicality with players deliberately knocking into each other at all stages of the game. This ‘argy bargy’ is foreign to GAA players, and doesn’t fall into line with their fair play ethos in which the GAA games are played. Yet some argue the Gaelic players have the advantage because International Rules uses the round Gaelic Football and the rectangular GAA pitch. Nevertheless, I think it’s a great hybrid game that provides a fast-paced and entertaining spectacle.

Getting physical before the game has even begun.

The biggest divide was in the sheer size of the players out on the pitch: the Aussies are professionals, the Irish proudly amateurs. Players from Australian Football League (AFL) exited the provincial dressing rooms at Pearse Stadium, oiled up like Roman gladiators preparing for battle. The Aussies, their deep tans from a lifetime playing outdoors in the harsh Australian sun, towered over their Irish opposites. The Irish were pasty white and runty in comparison, with the rabbit-like speed their saving grace. As they lined up for the bounce to start the game, it became obvious that it really was David v Goliath.

Galway, a small city of about 100,000 on the west coast of Ireland, was proud to be hosting the first International Rules Test to be played under lights. Most of the 30,000-odd fans had enjoyed a few beverages at pubs on Shop Street, before walking over to Salthill in one band of multi-coloured liveliness. We Australians were well and truly outnumbered in the stands at Pearse Stadium, but it didn’t matter. The atmosphere was electric.  There were about 50 of us along the sidelines, decked out in  bright yellow, belting out the anthem with a vigour and passion I’d never felt before. I was a little more emotional than I’d anticipated. We were all so far from home and enjoying something far bigger than ourselves.

Barry Hall doing his utmost to destroy relations between Australia and Ireland.

It was only bettered a week later when the teams played in front of a sell-out crowd at the home of GAA — Croke Park in Dublin. The Irish are very protective of the GAA and their jewel of a stadium. At the time, International Rules was the only non-indigenous game permitted to play there. That was until the following year when the GAA gave an exemption to the IRFU to use Croke during the redevelopment of Lansdowne Road. So to watch our boys playing on the hallowed turf of Gaelic sports was phenomenal. They ended up winning the second Test, as well as the series on aggregate.

The hybrid game has a “quirky charm” as writer Michael Filosi put it, and he’s spot on:

Plenty of people find its peculiarities jarring on their sporting palate, but to many these oddities make it all the more appealing.

Fans of the hybrid game admire its quirky charm, and are happy to defend its oddball nature to its detractors. Sure, it might not be to everyone’s sporting taste, but like a bag of jellybeans with no black ones, the Australian sporting calendar wouldn’t be the same without it.
— Michael Filosi, The Roar 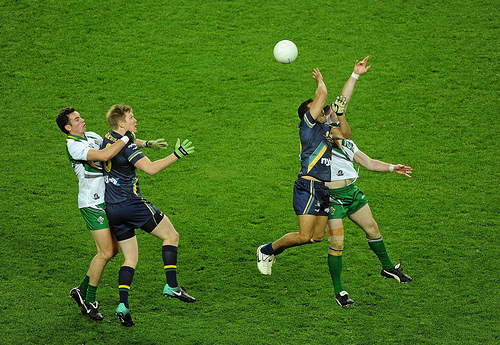 Such a shame it’s only played twice a year…

After the violence and the number of injuries sustained by the Irish during the two-game series in 2006 (as well as the inappropriate behaviour by Brendan Fevola in Galway, and umpire Darren Goldspink being a general knobjockey), the 2007 Tests were cancelled. Understanding that these blokes had to front up for work on Monday with broken limbs and severe concussion put it into perspective: the ‘rivalry’ had gotten out of hand. For a while, I thought I’d been in the stands at the last games of IR ever, but thankfully the GAA and the AFL agreed on rule changes in the lead up to the 2008 series. The show must go on.

I bonded with friends and strangers over a game only played twice a year. To be there in the stands, in a foreign country, cheering on your compatriots is a great experience. I met a bunch of great people, both from home and abroad (like Miss Alice, Brad, Carmel and Paul), and enjoyed great adventures around Ireland in between the Tests with these people.

So grab the opportunity to follow your sporting teams around the world. It is guaranteed to be the adventure of a lifetime. 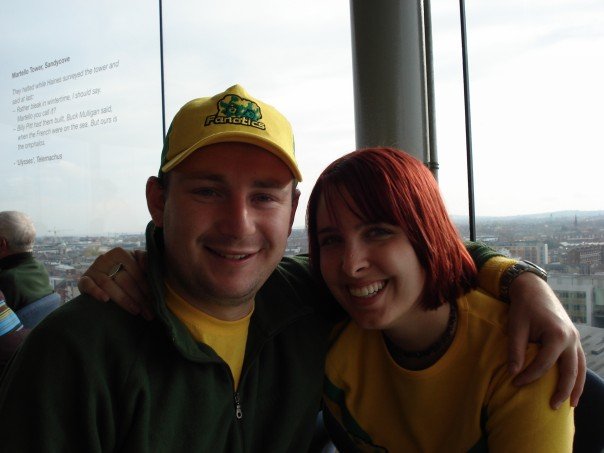 My longest-serving mate, Craig, and yours truly enjoying a pint of Guinness at the Guinness Factory before the second test in Dublin, 2006.