Well, I have officially caught Ashes Fever.
It hasn’t happened in a good long time, truth be told, but I’m loving it. We have been watching the British feed from Sky Sports, which is always a ‘laf’, especially whenever Warnie’s in the commentary box. I delight in doing my own commentary, recapping my favourite bits from the 12th Man: Like the Richie Benaud pronunciation of the numeral two (“choo for chwenty choo”), Bill Lawry’s “got ‘im, yes!” and the late Tony Greig’s pitch reports with the key and the loss of his beloved ‘Julius Morlows’.  And I seem to have picked up (over the years) Gilly’s habit of saying “bowl, Shane” after every ball bowled, despite neither of them being out on the pitch anymore. It’s instinctive. It’s in my blood.

But one good thing about the Ashes coverage is that it’s on during the evening and early morning here in Chicago — perfect timing for a night owl like myself. And instead of my usual round-up of news and social media monitoring, my mornings are now spent logging on to Cricinfo, the Sydney Morning Herald and the Guardian to get the ins-and-outs of the tour. I enjoyed seeing the Aussie media make a large song and dance about three England players being out in a (shock! horror!) nightclub until the wee hours three days before the test. Giving the Poms a taste of their own (tabloid) medicine.

I delight in the scale of the urn and look forward to a memorable, exciting series. 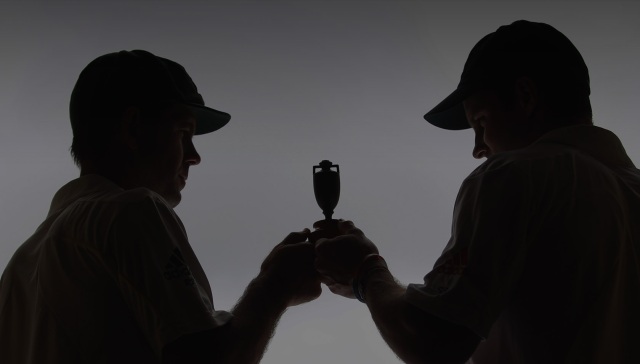 And in other news… here’s a few things I’ve really enjoyed reading/seeing this week that brightened up the grey, wintry Chicago skies:

1. THIS. Just this: Cricket explained by an American (who’s never seen cricket).

“(Also, batters are called batsmen, which makes them sound like they’re super-heroes.)” 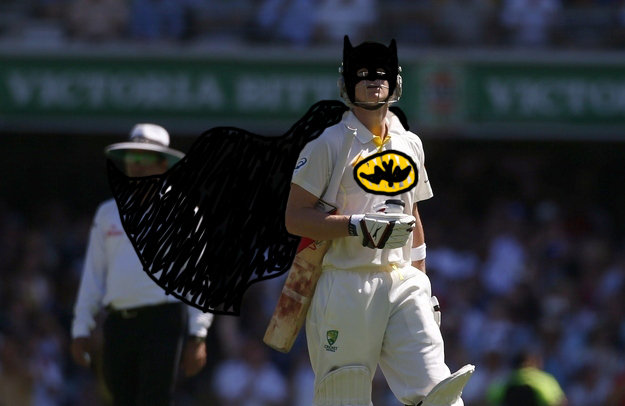 [Source, even though they probably nicked it from elsewhere and removed the credit]

2. Here’s something that made my cold, little heart melt: seeing 26,000 teddy bears thrown onto the ice during a Calgary ice hockey game. During the designated Canadian Teddy Bear Toss Game each season, fans are encouraged to throw on to the ice Teddy bears when Calgary scores their first goal. All of the bears go to good homes via local charities, and this year 25,921 teddies were donated. Calgary’s Pavel Padakin scored the opening goal in the game, and his reaction made me giggle. 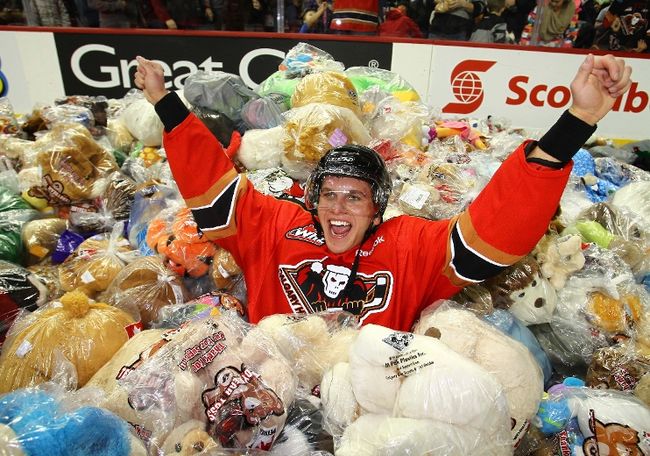 3. A good roundup of 23 Irish phrases that don’t make any sense at all. Having lived in the Emerald Isle, I pretty much heard them all. But some were more baffling than others. One of my all time favourites has to be #6: “Come here to me, now”.
Ah, takes me back. 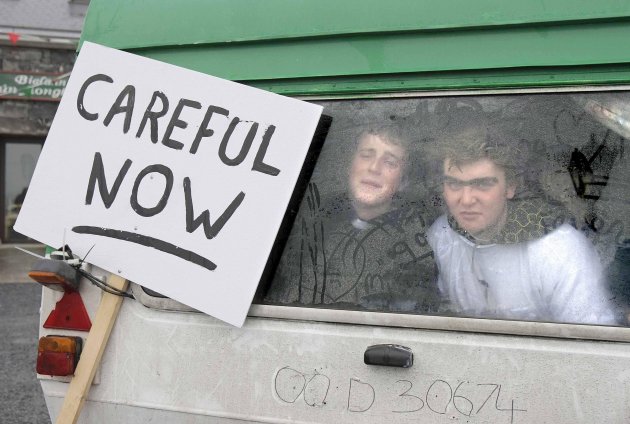 4. If you’ve spent any time with me, you know I love dogs. And, I spend hours learning about the weather (and getting to know the roster of rotating weathermen and women is how I deem if I’ve made it to ‘local’ status in a new city). So naturally, my mind was blown when I heard about Weather Puppy. And for devoted cat lovers, there’s also Weather Kitty. 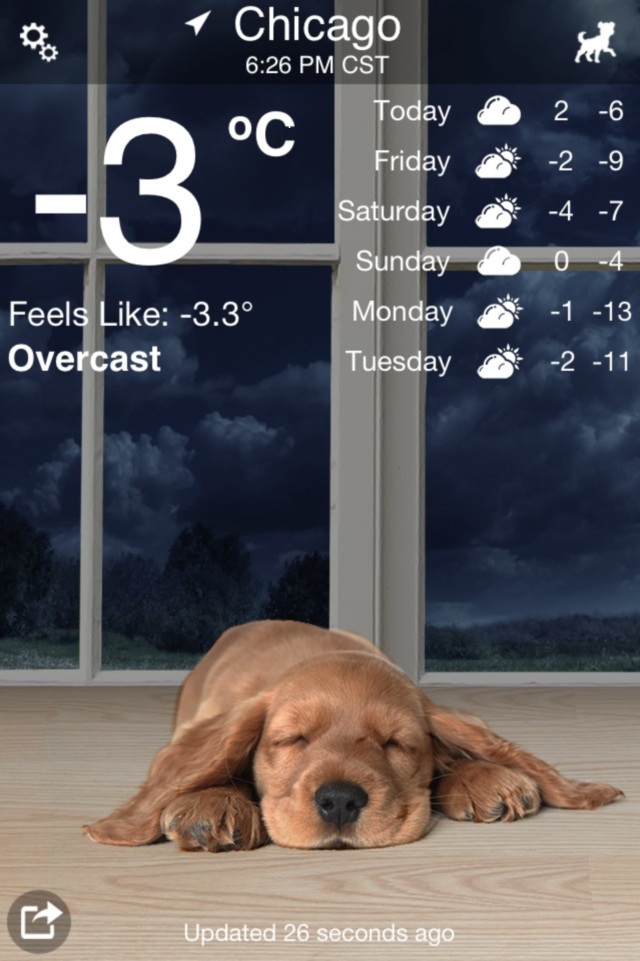 5. For your weekly feminist reading, here’s something rather interesting from Petra Collins concerning the permissible depiction of the female body in the media:

“Recently I had my Instagram account deleted. I did nothing that violated the terms of use… What I did have was an image of MY body that didn’t meet society’s standard of “femininity”. — Petra Collins, On Censorship and the Female Body

Read more here on censorship and the female body (with a hat tip to @lasertron for the link).

6. Imagining a world where physical diseases were treated like mental illness made me laugh. It just goes to show you how differently we as a society treat that which we cannot see. 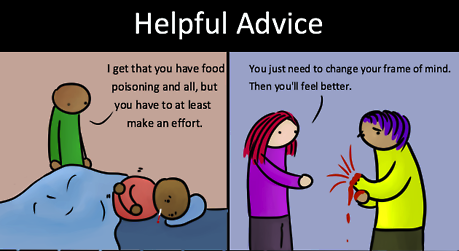 I agree with one commenter who said “It’s sad, because people offering advice don’t mean it to be hurtful, we just need to work on changing the perception of mental illness.”. Perhaps part of that would be opening up a dialogue about what we can say to someone suffering from mental illness. Like starting small, with supportive, compassionate phrases.

7. And last, but not least, the new adventure of Jo Klima: Maps to Herself. By day, Jo creates (as the Darling Tree) some of the most functional and beautiful website designs I’ve seen. I not-so-secretly covet her work and aspire to hire her one day for a project of my own. But she spends her other time over at Maps to Herself. It’s a journey of the body, soul, mind and creativity. And journeys explore new things, revisit old ones, and lead you to places you’ve not even dreamed of. It’s wonderful to see someone so talented slow down and value their experience, and to engage us on this journey.

I’m really excited to see her grow and create and discover, and also to drop my inhibitions, my excuses and put paint to canvas (or pen to paper, or crayon to… etc) and do something similar. To unleash my creative side minus the harsh critic within. To celebrate the risks, mistakes and successes. To get more comfy with being me. 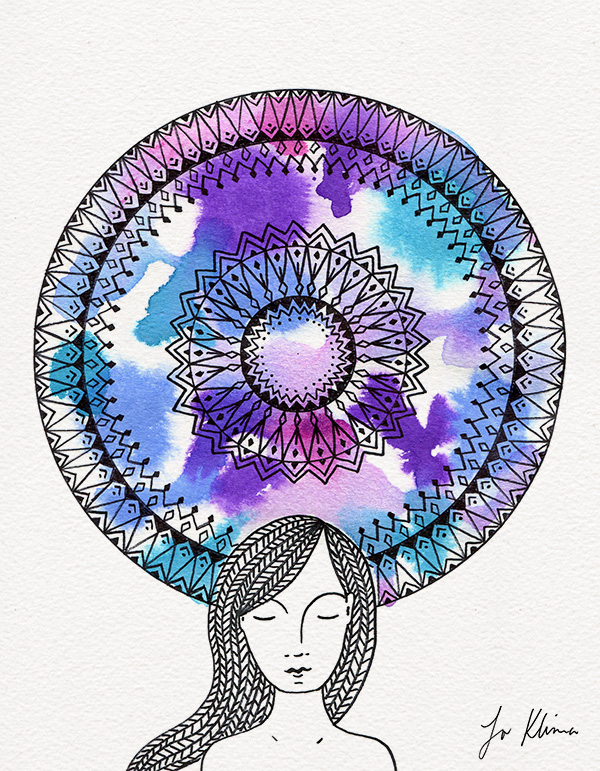 “Art takes time and it is within the act of creating art that we transform. It allows us to be in the present moment, to witness our thoughts and emotions, to experience flow and frustration, and learn to keep going.”  — Jo Klima, A Lesson in Patience 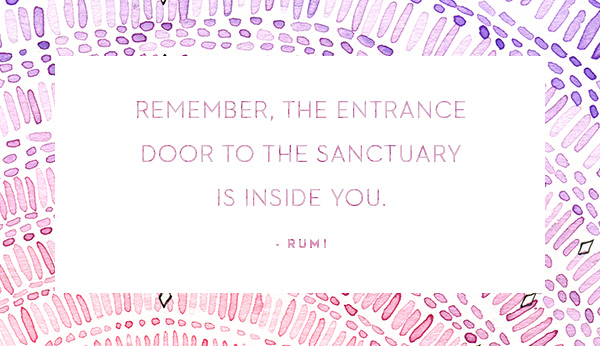 Have you found anything worth sharing online, lately?