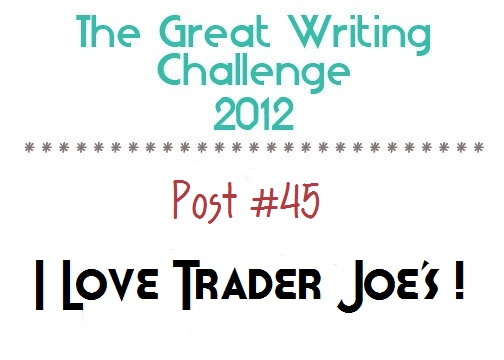 Where the American and I live in San Francisco, it’s much easier to buy a Coach handbag than it is to buy groceries. And in most of the cities we have lived in, we’ve lived downtown. Buying groceries was never a problem, because there were plenty of supermarkets in the downtown area to supply the urban crowd. Even in provincial Ireland. But that’s not the case in San Francisco, and is the biggest drawback to living where we do.

Most of our shopping is done at the local Walgreen’s or independent markets/corner shops. We have a mini-Safeway about a mile down the hill, and had a ridiculously expensive independent supermarket about ten blocks away up the hill until recently. Cala Foods closed for good over the New Year period, and in June, Trader Joe’s will be opening up in its place. HURRAH!

In the hierarchy of local supermarkets in the Bay Area, I’d rate Trader Joe’s well above average. Some say it’s very yuppie, but it’s no Whole Foods. Shopping at Whole Foods is a beautiful, insanely expensive but quintessential Northern California experience. Much like this:

Some say there are two types of people in the world: those who prefer Trader Joe’s, and those who don’t. I fall into the former, and I love Trader Joe’s with a fiery passion. And no, I’m not being paid for this.

The company has a sense of humour:
They use a bell to communicate instead of a PA system.
They change their labels according to the nationality of food they’re selling: for example, tortillas sport the Trader Jose label, edamame have the Trader Joe-San one, and french soaps are Trader Jacques.

The staff at Trader Joe’s are encouraged to show their personality, so it’s not unusual to see staff singing to themselves as they restock the shelves. They wear Hawaiian shirts and jeans, and are easy-going and friendly. But not that crazy American-fake-friendly. It seems real and makes a world of difference to my experience.

But I’m certainly not the first to profess my love for the supermarket chain. Trader Joe’s Fan is a hub for those like me to explore and share the recipes and the like, there’s a Flikr group, ‘Trader Joe’s Love!‘, for pics of anything TJ related, and one bloke loves Trader Joe’s so much that he wrote a song about them.

So here’s eight reasons why I love Trader Joe’s:

Do you love Trader Joe’s, too? Or something similar?

Welcome to the forty-fifth post of the Great Writing Challenge of 2012.
Five days a week for six months, I will be given a topic to write about. The stipulation: it must be 250 words (or more), and positive in tone. If you would like to suggest topics for me to write about, please email me at TheRebeccaProject [at] gmail [dot] com.